Ten years before Islamic State was spawned by the desire of the people who run the USA to take down Syria, the world got advance warning of the full horror of Islamist barbarism. On this day in 2004, a gang of Islamist terrorists seized hundreds of Russian school-children in Beslan.

The siege lasted three days. When it ended, 330 innocent people had been murdered, 176 of them children. Western media feigns horror at the outrage, but have resolutely covered up the extent to which the Islamist ‘threat’ was artificially nurtured by the CIA and anti-Russian oligarchs as a way to try to destabilise Russia.

Eternal shame on them but, today, spare a thought and say a prayer for the Innocents of Beslan.

If you want to know more about the dark forces at work behind the unleashing of this vile terror, here’s a good place to start: 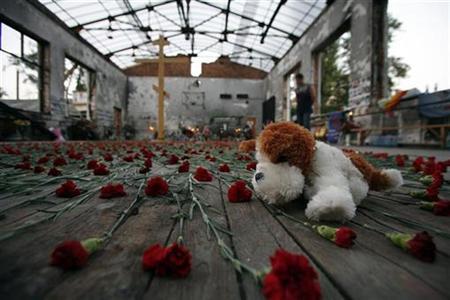 Pray too that the evil monster these criminals unleashed never reaches your family. Pray, but make up your mind to act as well! Because the Time is Near!